The first release in The Aural Bible series, entitled ​R R B V E Ǝ T N Ƨ O A (2015), comprised a suite of recompositions derived from a wax cylinder recording of the Welsh Nonconformist revivalist Evan Roberts (1878–1951) preaching. The artefacts on this second CD, similarly, address the tradition’s emphasis on aurality, expressed principally through speech and song, using sound. 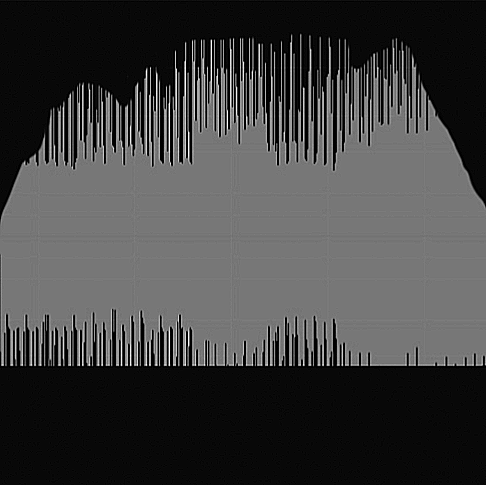 ‘Found sounds’ (for example, recordings of preaching, praying, singing, and scripture reading), as well as fabricated sounds, including sonifications of biblical images, form the basis of the works. The material is derived from analogue and digital field recordings, radio transmissions, Internet broadcasts, and gramophone records. The format of the sound capture – microcassette, compact cassette, 78 rpm disc, or MP3 encoding – together with the acoustic properties of the media and technologies, contribute to the conceptual and audio characteristics of the compositions. On Disc 1, the source material is made up of an engraving of an inscribed and a spoken biblical text, and an audio bitstream derived from two pictorial engravings illustrating the text. On Disc 2, the compositional fabric consists of pre-existing and originated recordings.

Unlike a religion’s material and textual manifestations, its sound culture is ephemeral unless recorded. These sounds are the kinetic and auditory expression of what is referred to as ‘lived religion’ – the audible resonances of individuals and communities in action. The sounds serve, variously, as the evidence and trace of religion in progress; to document and enshrine; and as a means of commemoration, advocacy, edification and encouragement, and instruction. Within the framework of these utilities, the album’s compositions serve a sociological function too: they provide a perspective on religious behaviour in relation to the acoustic expression of values, beliefs, activities, and identities, while also interrogating the interplay of the linguistic, phonetic, and structural character of religious discourse. 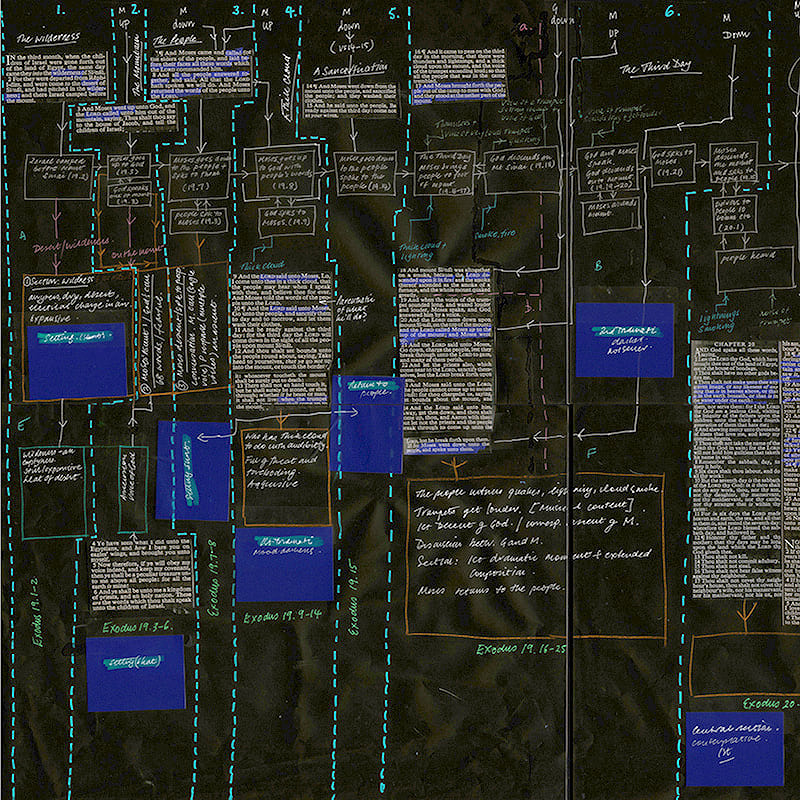 The works are designedly interpretive and responsive. Broadly speaking, they represent a hermeneutic enquiry that seeks to sympathically elucidate the sources’ semantic content, refocus the evident content, and reveal its subcutaneous significances. In so doing, the compositions intensify, identify, and clarify ideas contained therein, so that the original material may speak of more than its intended meaning. This is not with a view to evaluating, theorizing, or arriving at any conclusions (however they may be construed). Rather, the aim, in part, has been to develop a body of creative engagements with the Bible and its sonic cultures that might inform those disciplines, such as biblical studies and religious studies, which are dedicated to a systematic and deductive analysis. 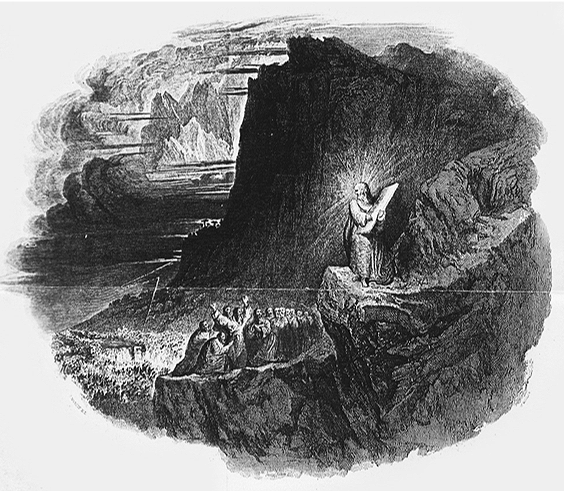 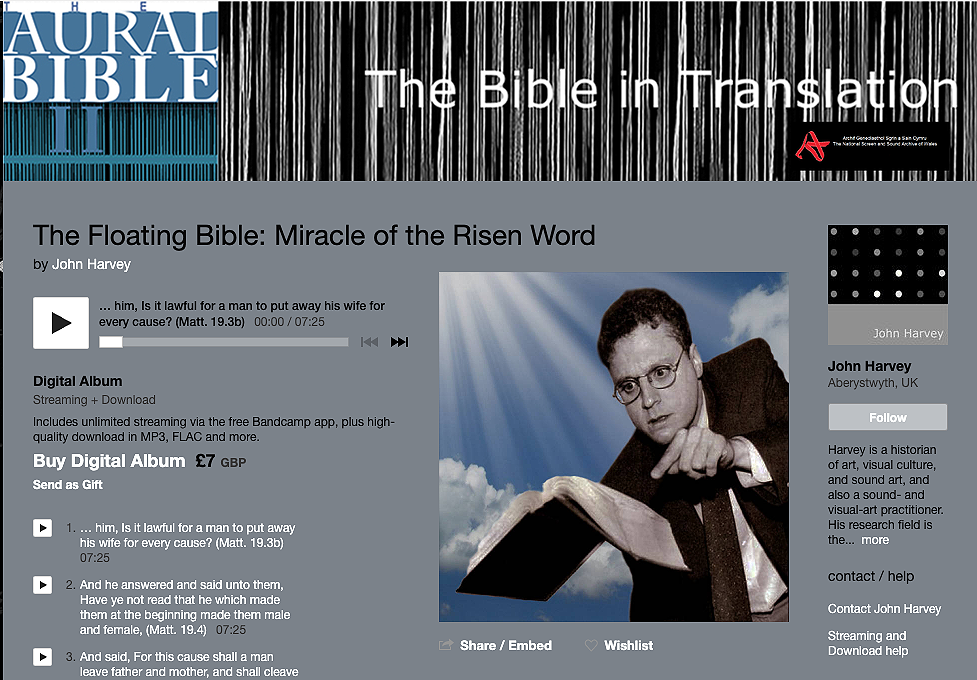 The Bible in Translation project extends beyond the bounds of this album in four ways. The first is a 57-part sound suite entitled The Floating Bible: Miracle of the Risen Word. Seven hours long, the composition could not be contained within the frame of the double CD. (It is available in the form of either streamed media or as a purchasable download at a bespoke website.) The second is an exhibition of 23 paintings, drawings, and digital works – collectively entitled The Bible in Translation and the third project in The Pictorial Bible series – was first held at the School of Art Galleries, Aberystwyth University (February 16 – March 20, 2015). In terms of ideation, process, and method, the exhibition is the visual analogue of the sound works. The booklet that accompanied the exhibition can be accessed via my Academia.edu website. Thirdly, there is an album of bonus material available at my Sound website. And, finally, there is this website describing the rationale for each sound work. 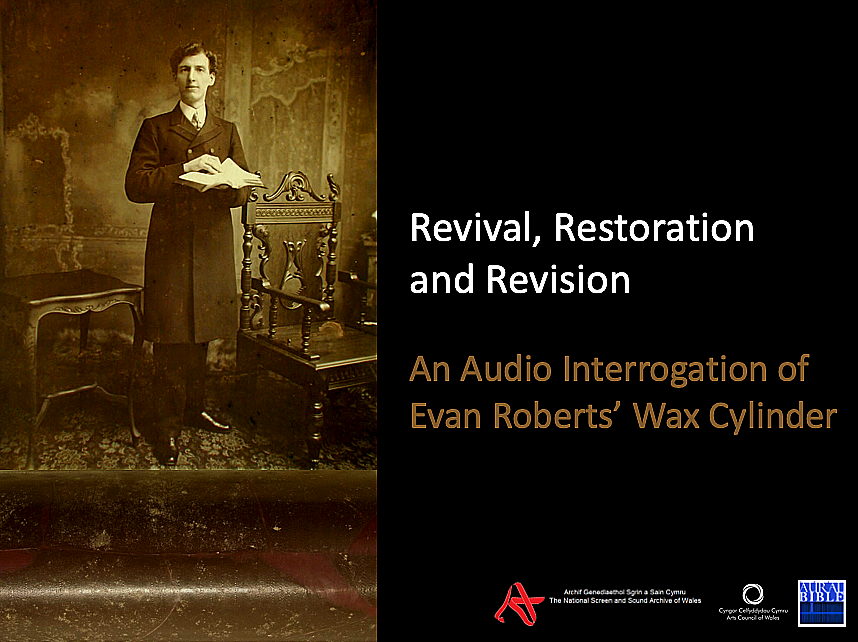 The Pictorial Bible and The Aural Bible series are founded on a principle that is embodied in the second of the Ten Commandments: ‘Thou shalt not make unto thee any graven image, or any likeness of any thing that is in heaven above, or that is in the earth beneath, or that is in the water under the earth’ (Exodus 20.4). The text is both limiting and enabling. In its original setting, the commandment prohibited making representational images with a view to worshipping them. In the context of the series, it opens up several challenging conceptual possibilities, such as imaging pictorially but without representation, representing without recourse to figuration, or ‘imaging’ entirely non-visually – using sound alone. In The Pictorial Bible series, written biblical texts were rendered abstractly, using systems and processes inherent in their semantic meaning and syntax. On this album, the spoken word is converted into sonic images that, likewise, respond to attributes of the source.

Exodus 20.4 provides the core text for the album, as either the subject of exposition (namely Image and Inscription, which occupies the whole of Disc 1, and The Second Commandment and Graven Image, which open and close Disc 2) or a delimiting and an enabling principle (exemplified by the remaining tracks).
​ 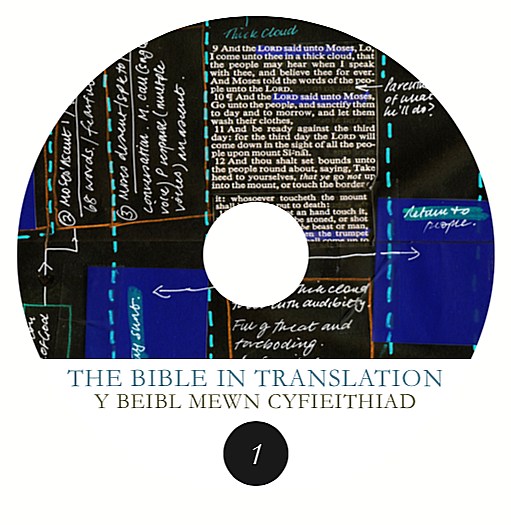 Disc 1
Image and Inscription is a response to the narrative presented in Exodus 19.1–3.45. It relates the Israelites’ arrival at Mount Sinai amid thunder, lightning, darkness, and earthquakes; the establishment of God’s covenant with his people; his delivery of the Decalogue, laws and ordinances, and repeated prohibition against image making; the Israelites’ fashioning and idolatrous worship of the golden calf; their repentance and God’s punishment of the sin; Moses’ and the elders’ visions of, and encounter with, God; the patriarch’s prolonger confrontation with him on the mount; and, finally, Moses’ radiant return to the people.
​ 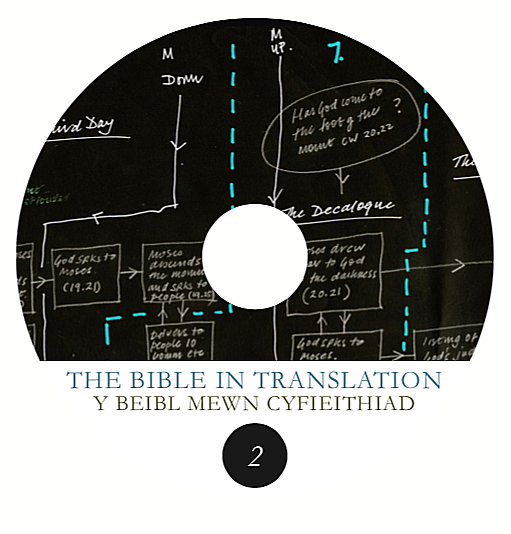 Disc 2
The works on the second disc were composed and recorded between 2010 and 2015. Like Image and Inscription, they are settings of written and spoken biblical texts. However, the material for the compositions is far broader, encompassing also aural recordings of scripture reading, teaching, preaching, ministry, radio interviews, music, and the paraphernalia of worship. The endeavour has been to collaborate with and redirect the material to create sound works that remain faithful to the source while extending the boundaries of its original intent. 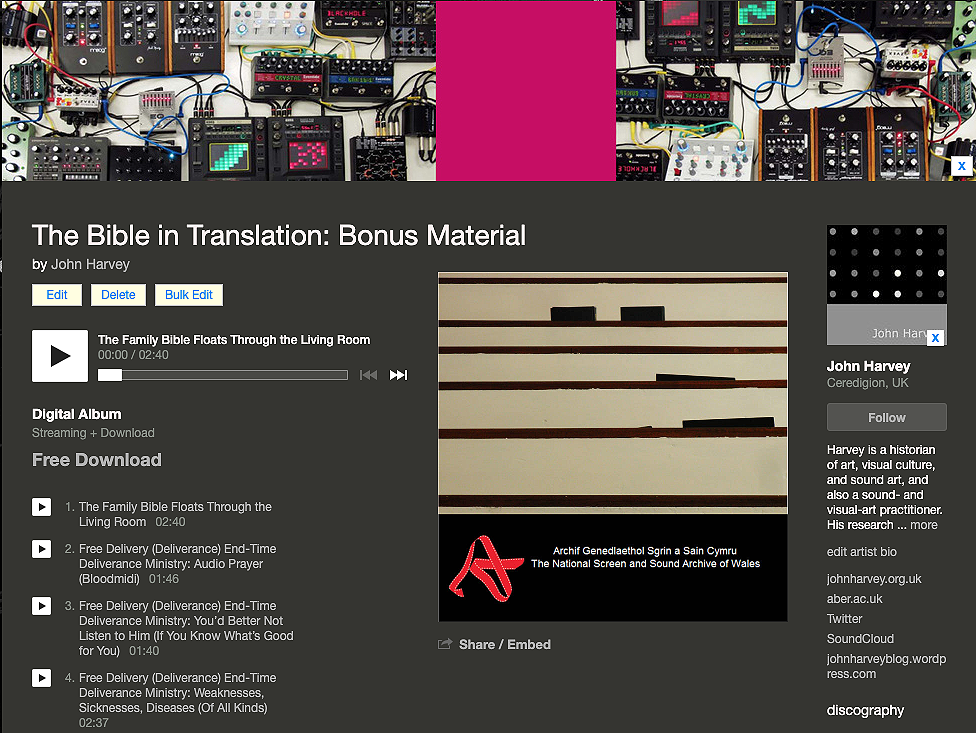 The Bible in Translation is the second CD release in The Aural Bible series. The series deals with the Judaeo-Christian scriptures as the written, spoken, and heard word. It explores the cultural articulations and adaptations of the Bible within the Protestant tradition. The works on the album embark upon a critical, responsive, and interpretive intervention with aspects of its sound culture. The websites that accompany the series’ CD albums are dynamic. Material will be added, and sub-sections fleshed-out, as opportunities for the work to be presented, discussed, reviewed, and broadcast present themselves.