Description
'Image and Inscription' is a response to the narrative presented in Exodus 19.1–34.5. It relates the Israelites’ arrival at Mount Sinai amid thunder, lightning, darkness, and earthquakes; the establishment of God’s covenant with his people; his delivery of the Decalogue, laws and ordinances, and repeated prohibition against image making; the Israelites fashioning and idolatrous worship of the golden calf; their repentance and God’s punishment of the sin; Moses’ and the elders’ visions of, and encounter with, God; the patriarch’s prolonged engagement with him on the mount; and, finally, Moses’ radiant return to the people. The source material is made up of engravings of an inscribed biblical text, a spoken version of the same, and an audio bitstream derived from two pictorial prints illustrating the account of Moses on Mount Sinai.

The texts on which the artwork is based are derived from the principal clause of the second commandment, forbidding the making of graven images (Exodus 20.4). One of the texts is a translation taken from Bishop William Morgan’s (1545­–1604) Welsh Bible (1588): ‘Na wnait ddelw gerfiedic, na llun dim a'r [a sydd] yn y nefoedd oddi vchod, nac a'r y [sydd] yn y ddaiar oddi isod: nac a'r [y sydd] yn y dwfr odditann y ddaiar.’ The other is taken from the Authorised Version of the Bible (1611): ‘Thou shalt not make unto thee any graven image, or any likeness of anything that is in heaven above, or that is in the earth beneath, or that is in the water under the earth.’ The term ‘graven’ is an approximation of the Hebrew word pesel, which means ‘to cut or ‘to hew into shape’. The English translation ‘graven’, as the translators of the Authorised Version understood it, is a fairly anodyne term that means ‘engraved’. This is the rendering that I have followed.

Two commercial plaque makers mechanically engraved the texts upon a metal matrix. The English translation was incised and recorded in 2010; the Welsh translation, on a different engraver, in 2015. (Two languages, two machines running at different speeds and making entirely dissimilar sounds, recorded five years apart). The earlier engraver produced an aggressive, rasping sound, and a deep cut in the plate. The later machine’s sound is muted, soft, and organic, and its cut, in turn, more delicate in contrast. Both source recordings were are slowed down by nearly 400%, thereby enlarging the original length of each to exactly twenty minutes duration. Here, the number 20 is symbolic, representing 2 × 10 (being, according to some traditions, the number of commandments inscribed by the finger of God on each of the two tables of the law (Exodus 31.18)). 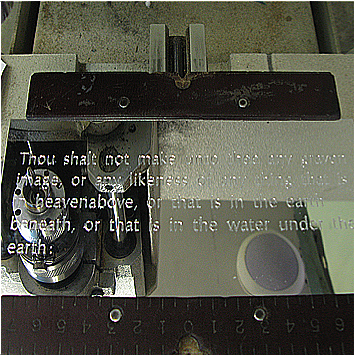 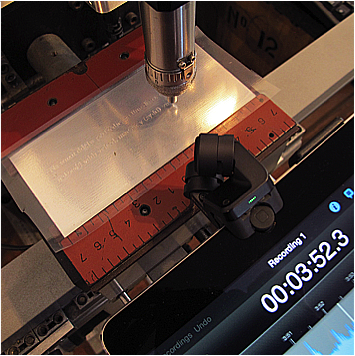 Recording the engraving of the Welsh text, 2015
​
​
The stretched versions of the source were then modified through a network of synthesizer filters in order to generate tonal characteristics appropriate to the general mood of the text and its context – which is one of threat, awe, and gloom.

The texts were also spoken: in Welsh, by a woman, and in English, by a man. A recording was made of both at the National Screen and Sound Archive of Wales, and subsequently transferred to two copies of a 33-rpm vinyl disc. These was produced, following the traditional mode of manufacture, by an intaglio process of incising a groove ­– within which the sonic information is embedded – into acetate, in the first instance. By this means, the spoken texts, too, were converted into engravings.

In the context of the open-studio event, the discs were manipulated on two DJ record player decks operating in parallel. The resultant sound was filtered through a series of samplers and digital and analogue filters, so that fragments of speech could be repeated, overlaid, and otherwise combined in ways that were not native to the recording, and their tonal qualities and volume, altered.

The process of conversion and composition governing the sound artwork took place, in situ, at an open studio event held at the Drwm, the National Library of Wales. The identity of the venue was not incidental. On April 23, 2013, the Library’s extension was damaged by fire. Fire and smoke are associated with the receiving of the Ten smoke are associated with the receiving of the Ten Commandments (Exodus 19.18–20.) Moreover, the Drwm is situated at a geographical centre for the Library’s main collections, which deal with texts, images, and sounds, respectively. Likewise, the artwork is a site of interchange, associating images (in absentia and under prohibition) with texts (the source material) and sounds (of the texts in sonic translation). 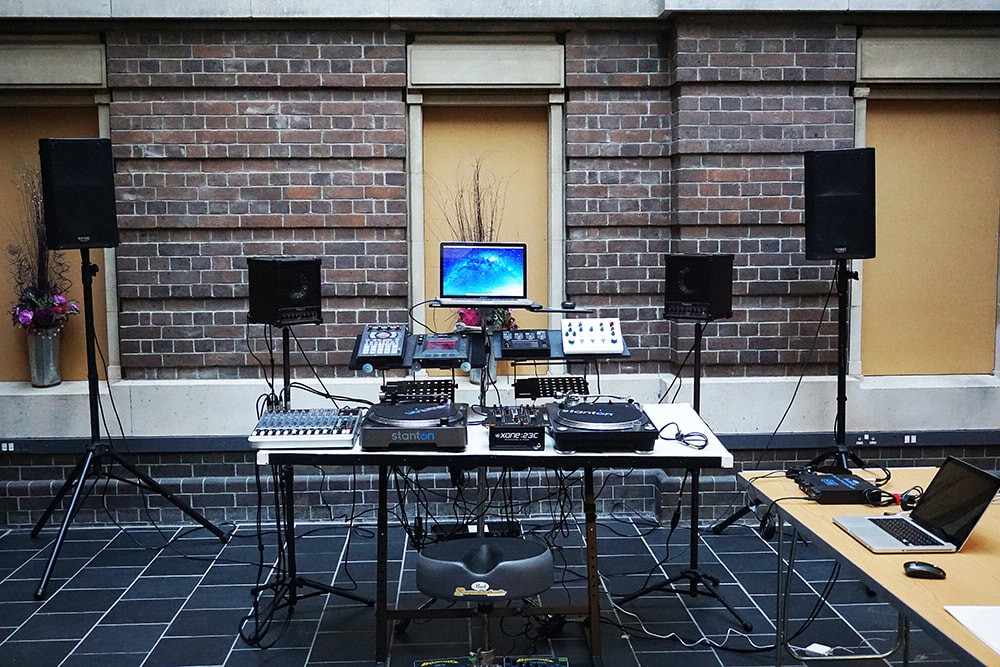 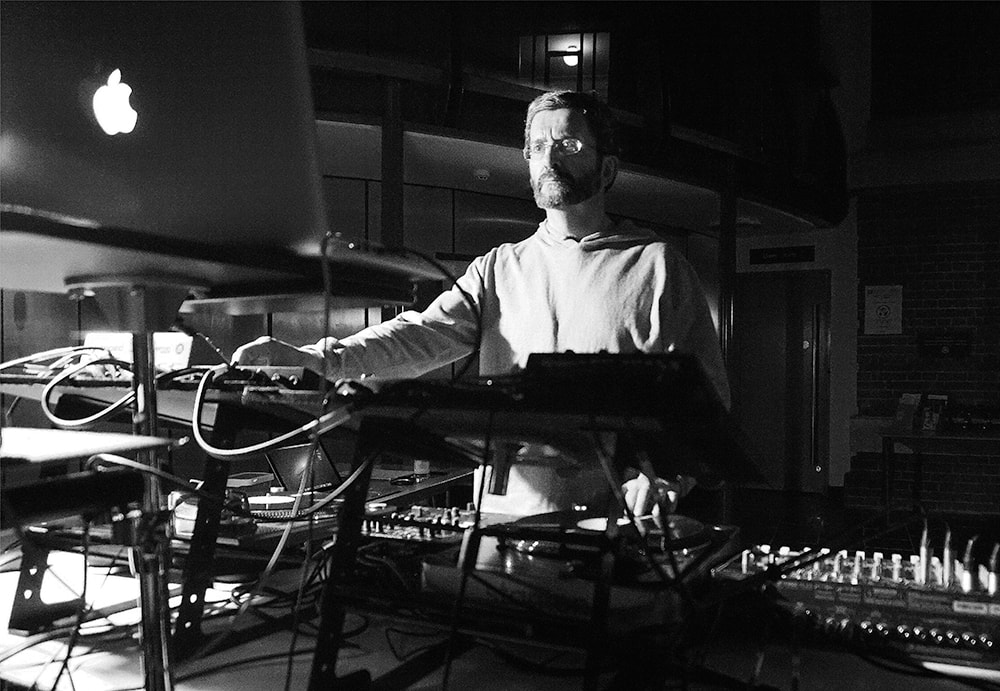 Open-studio event, Drwm, National Library of Wales
September 24-25, 2015
​
​
Mount Sinai was a noisy place when Moses made his several ascents. Thunder rumbled, and there was also ‘the voice of the trumpet exceeding loud [that] … sounded long, and waxed louder and louder’ (Exodus 19.16–19). God permitted the people of Israel to ‘listen in’ on his dialogue with Moses and to overhear God’s voice (which also must have been at a fearful volume) as he pronounced the words of the Decalogue (Exodus 19.9, 20.1–19). Thus, the Ten Commandments were, first, sounded out – as an ephemeral speech act – prior to becoming a text, one that would, in turn, become a permanent ‘image’ – inscribed on two stone tablets (Exodus 24.12). On the occasion of receiving the tablets, Moses remained on Mount Sinai for forty days and nights. In the Judaeo-Christian tradition, the number 40 is associated with, among other things, times of trial, testing, and judgement (Genesis 7.12, Matthew 4.2). My decision to create the composition over twenty-four consecutive hours was in order to honour the idea of a personal and demanding trial, which Moses had endured. 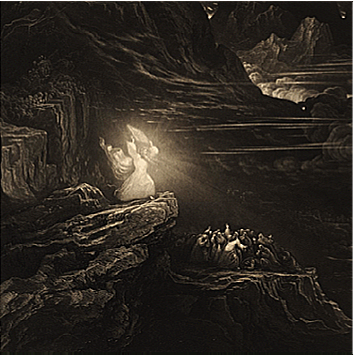 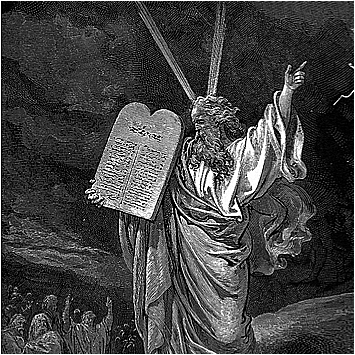 ​Source: The metal matrix engravings of the text were made at Aberystwyth Trophies and Merlin’s Services, Aberystwyth, March 13, 2010, and April 20, 2015, respectively. The readings of Exodus 20.4, by Timothy Cutts and Ceridwen Lloyd-Morgan, were recorded at the National Screen and Sound Archive of Wales, The National Library of Wales, Aberystwyth, June 22, 2015. An audio manipulation of those recordings was undertaken during a 24-hour open-studio event held at the Drwm, The National Library of Wales, September 24–25, 2015.